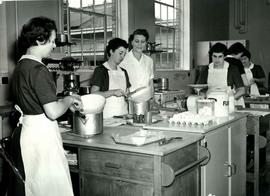 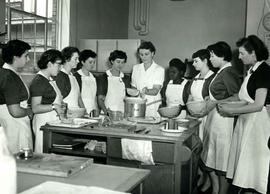 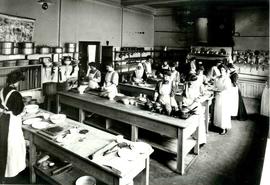 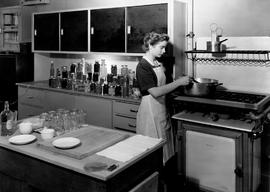 Battersea College of Education began life in 1894 as the Battersea Training School of Domestic Economy which formed part of the Women's Studies' Department of Battersea Polytechnic Institute. Eleven full time students started their course in 1894 after a special grant had been given to Battersea Polytechnic by the London County Council to open a teacher training school in domestic economy and in 1895 Battersea was officially recognised as a teachers' training school by the Board of Education. New accommodation was opened in 1903 and in January 1911 the first hall of residence was opened, with further halls provided in 1914.

On 1st August 1948 the LCC took over management of the Department from Battersea Polytechnic and re-designated it Battersea College of Domestic Science. In 1949 the Department moved from the Polytechnic to the Manor House on Clapham Common Northside. A programme of building was undertaken, including a new science block which opened in 1954, and further buildings opening in 1960 and 1968. The College acquired a new site, Manresa House in Roehampton, in September 1962, which became the Battersea Training College for Primary Teachers, providing day courses for men and women, which first began on 30th April 1963.

On 1st April 1965 responsibility for the college was transferred from the LCC to the newly established Inner London Education Authority (ILEA) and became known as the Battersea College of Education. The College became a constituent college of the University of London Institute of Education, with courses leading to a Teachers' Certificate with special reference to domestic subjects and Department of Education and Science recognition of Qualified Teacher Status.

Contains black and white photos of students in different lessons.